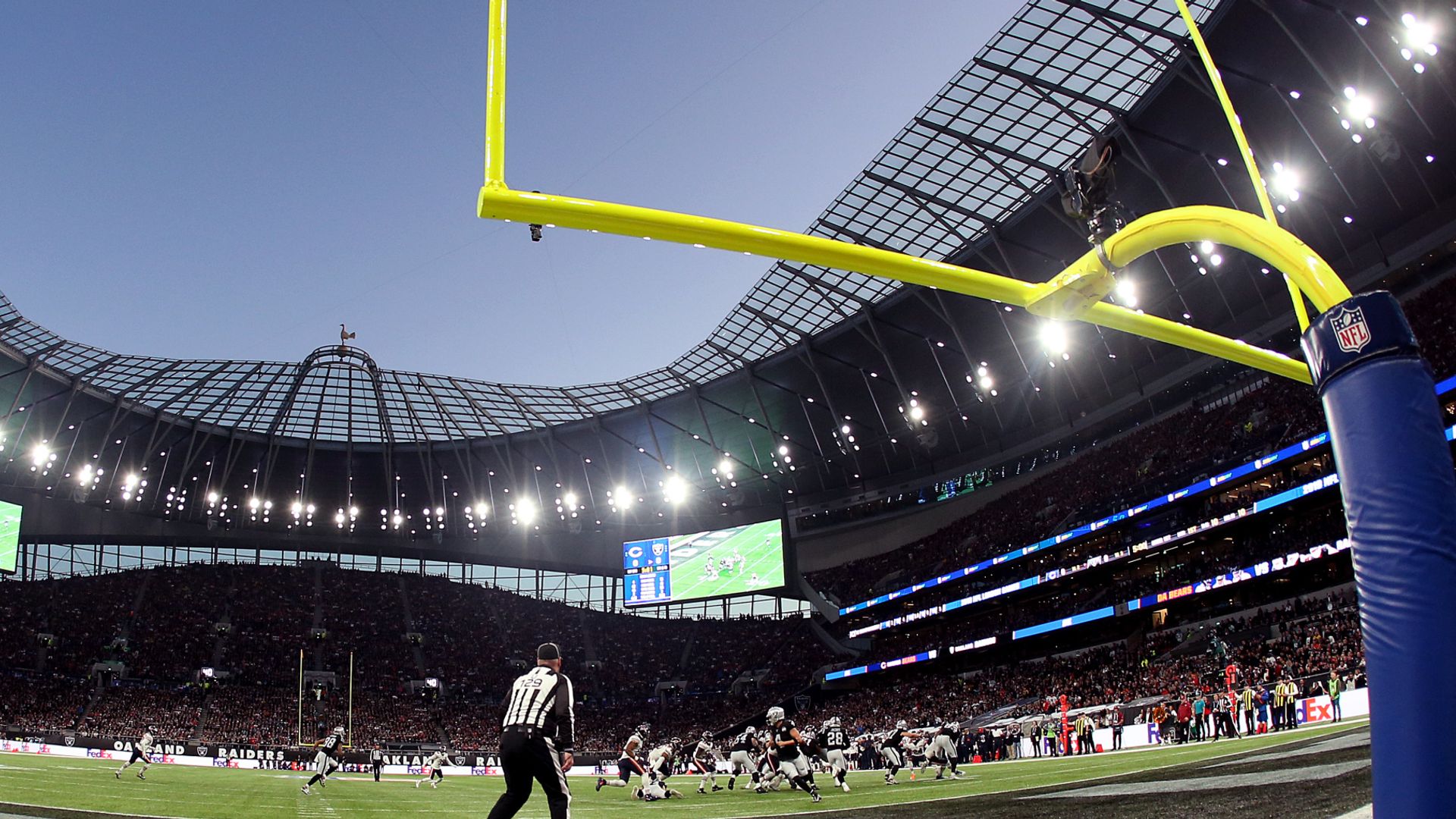 The NFL is still hoping to stage games in London in 2021 but the final decision will depend on coronavirus; four regular-season games were due to be held in London last year but were cancelled due to the pandemic; Wembley Stadium and Tottenham Hotspur Stadium would be in line to host games

NFL commissioner Roger Goodell has said the league is planning for international games in the UK to go ahead in 2021 but a final decision will depend on the fight against coronavirus.
The cancellation of last season’s international slate – which was due to see four regular-season games played in London and one in Mexico City – was announced last May due to the global pandemic.A similar fate may yet await plans for the coming season, but Goodell said on Thursday he hoped the games, which generally take place in October, would go ahead. “We are planning for international games in 2021, that’s the approach we’re going to take,” he said.”We’re obviously going to stay in close contact with our partners in the UK and Mexico and make sure that we are doing that safely. Live NFL February 7, 2021, 10:00pm Live on “If at any point we don’t think we can execute on it safely we will make that determination.”We hope to get back there and we’re planning for it and we’ll make that decision whenever we have enough information to do so.” 2:04 Harry Kane tells JJ Watt that he still has ambitions to be a NFL kicker, but is focused on football Harry Kane tells JJ Watt that he still has ambitions to be a NFL kicker, but is focused on football Games were due to be staged at both Wembley and Tottenham’s stadium last year but Goodell said there were concerns over the safety of bringing in such a large travelling party and enforcing protocols at stadiums not under NFL control.The cancellation meant it was the first year since 2007 that Wembley had not hosted at least one NFL regular-season game.Both Wembley and the Tottenham Hotspur Stadium would be in line to host games if the slate went ahead in 2021.The schedule for the 2021 season is due to be announced in the spring.Goodell: More work to be done on head coach diversityRoger Goodell has said he is not satisfied with this year’s head coaching hiring cycle, a year after he pledged to increase diversity in the role.Just one of the league’s vacant head coaching positions went to a candidate from an ethnic minority this year, with the New York Jets hiring former San Francisco 49ers defensive coordinator Robert Saleh. Robert Saleh has joined the New York Jets The league unveiled a plan in November to boost diversity among head coaches and executive staff.”It wasn’t what we expected and it’s not what we expect going forward,” Goodell told reporters at his annual State of the League news conference ahead of Sunday’s Super Bowl between the Tampa Bay Buccaneers and the Kansas City Chiefs in Tampa, Florida.”For us, we want to continue to look and see what went right, what went wrong,” he added. “That has to happen with individual discussions with candidates – both successful and unsuccessful candidates – the clubs, and try to understand exactly what went right and what went wrong. “They’re not the outcomes we wanted.”Join us on Sky Sports NFL and Main Event from 10pm on Sunday, February 7 for 90 minutes of Super Bowl LV build-up with Kirk Cousins, Dallas Clark and Cliff Avril joining Neil Reynolds and company; Sky One will broadcast the game from 11pm.