McIlroy battles back after torrid start 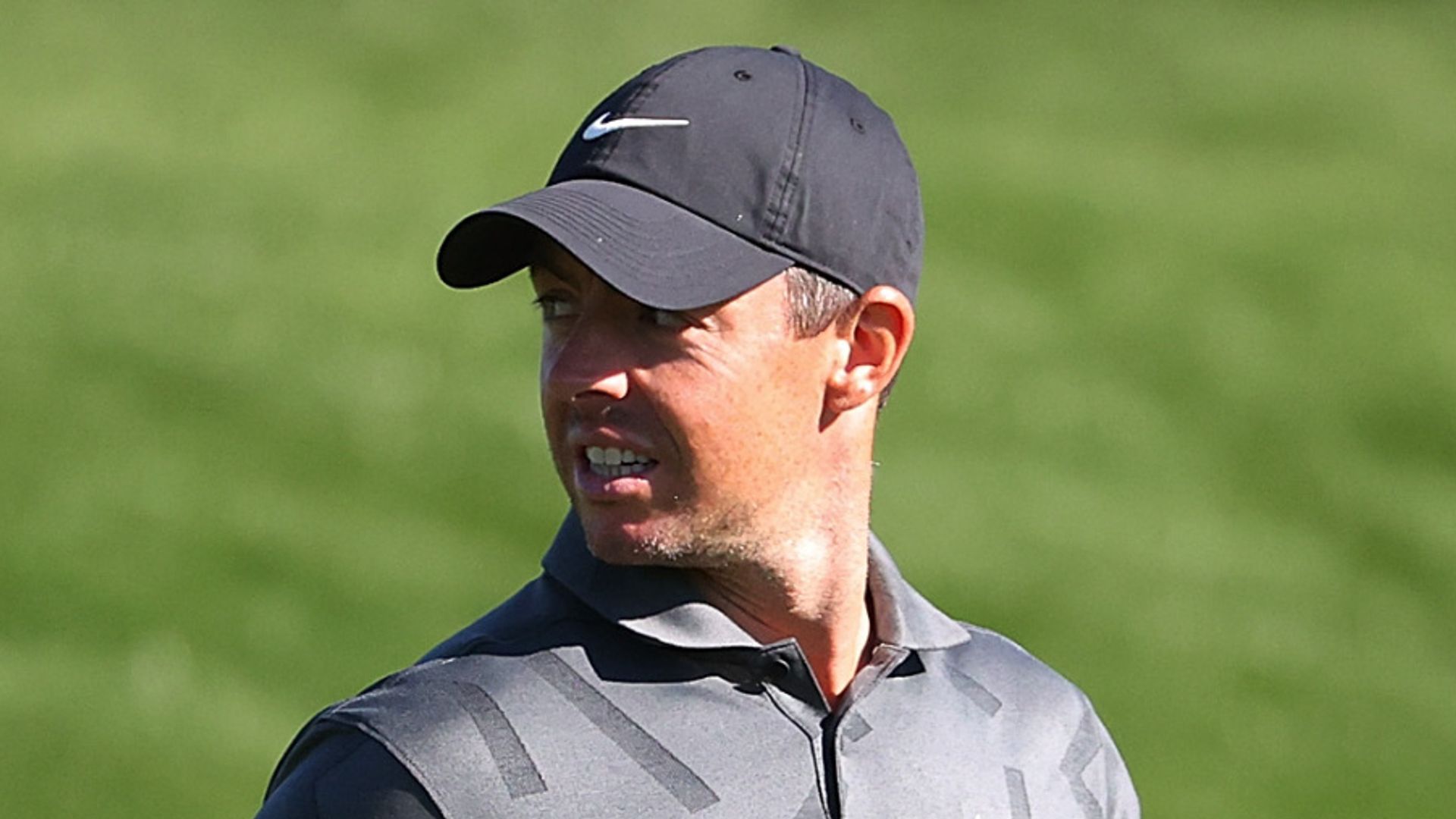 Fighting back from being three over after two holes gives Rory McIlroy some cheer on day one at the Phoenix Open, although he was clearly agitated at not taking advantage of friendly conditions at TPC Scottsdale

The highs and lows of Rory McIlroy’s first ever round at the Waste Management Phoenix Open, where he fought back from three over after two holes to break the par of 71 at TPC Scottsdale.

The highs and lows of Rory McIlroy’s first ever round at the Waste Management Phoenix Open, where he fought back from three over after two holes to break the par of 71 at TPC Scottsdale.

A week after being frustrated at not being able to build on fast starts, Rory McIlroy was happy to fight back and shoot under par following a poor opening two holes at the Waste Management Phoenix Open.
McIlroy’s debut at TPC Scottsdale looked like being short-lived when he suddenly found himself three over par after two holes, but he regrouped and made five birdies only to make another mistake at his penultimate hole in a round of 70.With an early start from the 10th tee in cool, but bright conditions, McIlroy’s booming opening drive bounded through the fairway and into the trees on the left, from where he punched his second into a greenside bunker next to the ball of Xander Schauffele. McIlroy fought back with five birdies Surprisingly, McIlroy was away and did not ask for Schuffele’s ball to be moved out of his eyeline, a decision he may have been regretting when he thinned his third over the green into another bunker, splashed out into the fringe and two-putted for a double-bogey six.A blocked drive into further trouble on 11 led to another dropped shot, although he hit back with three birdies in four holes including a chip-in for a two at the infamous 16th, but that was greeted by a smattering of applause instead of the customary roar from just under 20,000 spectators surrounding the hole in normal circumstances.McIlroy’s inconsistency with wedge in hand was again under scrutiny as he failed to threaten the pin from ideal positions on each of his next four holes, but he did manage to roll in a 25-footer for birdie at the second and picked up another shot at the long third to get to two under. Save over 25% with NOW TV Grab a NOW TV Sky Sports Month Pass for just £25 p/m for 4 months (usually £33.99 p/m) But his game became a little ragged coming in, and finding a fairway bunker at the eighth resulted in another blemish on his card, and while McIlroy was pleased to have fought back from his torrid start, he was frustrated at not taking advantage of the near-perfect conditions for good scoring.”I feel okay,” was his uncertain summation of his round afterwards. “Yeah, it was a good battle back. Being three over through two holes isn’t ideal, especially on this golf course where you sort of need to make birdies.”But I fought back well. Yeah, it was okay. I wish I didn’t drop that shot coming in on the eighth hole, but shooting under par after the start wasn’t too bad. McIlroy chipped in at the 16th, in front of only a handful of fans “It was obviously cold this morning, so I was really surprised how far my tee shot went on 10 to get into the desert there. It was like a 340 run-out, and I had no idea I could hit 340 in that temperature. “And then from there, I didn’t really have shot, hit it into the front bunker and then I just made a mess of it from there. I thinned the bunker shot into the next bunker and didn’t get that one up-and-down. And then on the next hit it behind a couple of trees and had to chip out and hit a really good wedge shot in and just missed the putt.”It wasn’t the ideal start, but I knew on the back nine at least I had some par-fives coming up and a few good chances, and thankfully I was able to take advantage of some of them.” Live PGA Tour Golf February 5, 2021, 2:30pm Live on