DJ two ahead at Saudi International 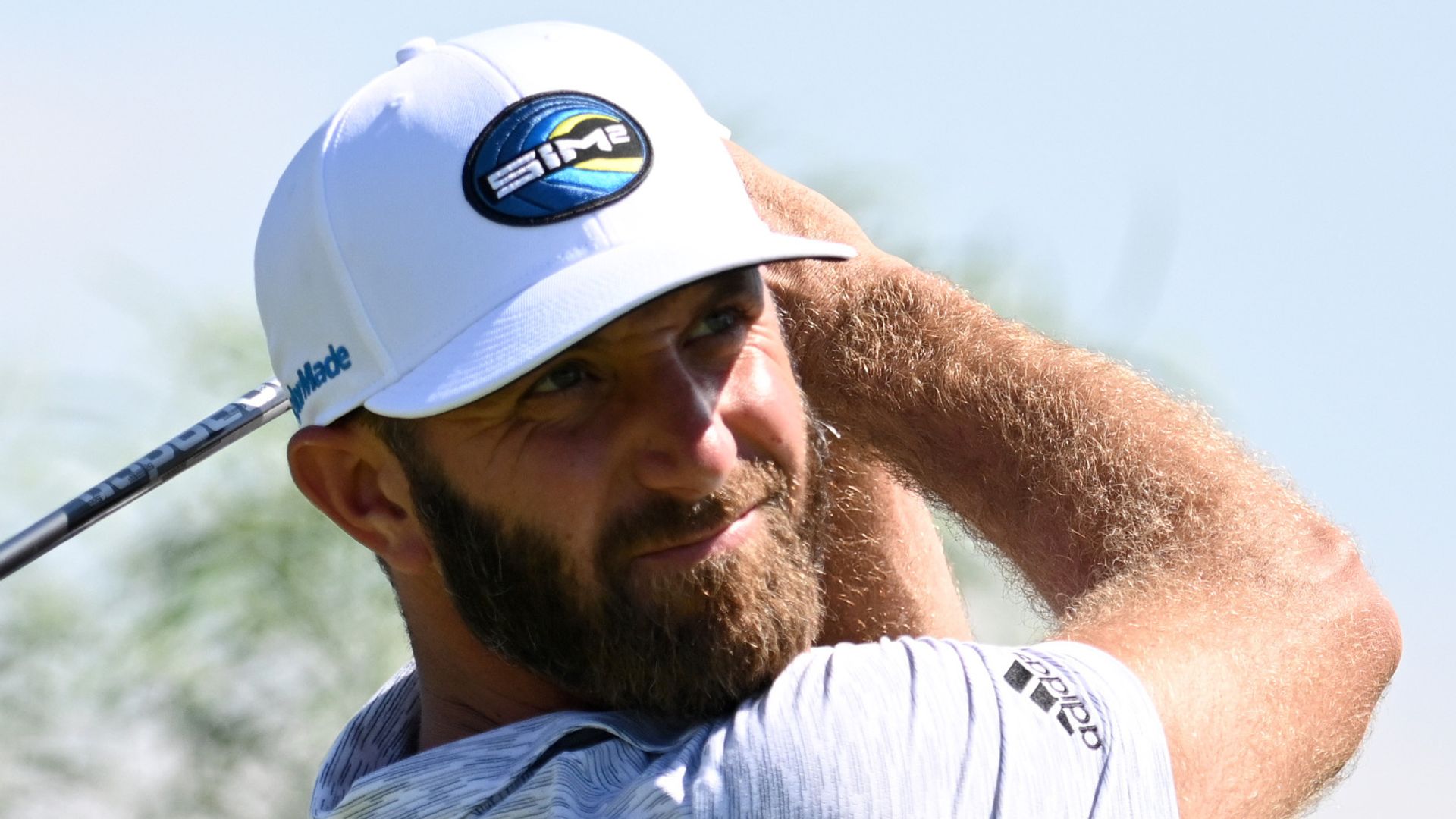 Dustin Johnson birdied his last two holes to move two ahead of Victor Perez at the Saudi International; world No 1 won the event in 2019 and finished runner-up to Graeme McDowell in last year’s contest

Dustin Johnson will take a two-shot lead into the final round of the Saudi International, with Tyrrell Hatton and Tony Finau among the chasing pack.
The world No 1 returned early on Saturday morning to complete his weather-affected second round, where a 15-foot birdie at the last closed a bogey-free 64 and moved him a shot off the halfway lead.Johnson then carded a third-round 66 at Royal Greens Golf and Country Club to get to 13 under and pull ahead of a packed leaderboard, with a birdie-birdie finish lifting him two clear of Victor Perez. Hatton and Finau sit in tied-third and three off the lead alongside Andy Sullivan and Soren Kjeldsen, with Viktor Hovland, Sergio Garcia and Martin Kaymer all on nine under and in a share of seventh.Johnson rolled in from 10 feet at the first and recovered from fatting his approach into the par-five fourth to still make birdie, with a nine-foot gain at the eighth giving him a two-stroke advantage. Dustin Johnson played alongside Ryan Fox, who posted a one-over 71 on Saturday The Masters champion added a 15-footer at the 10th and got up and down from the greenside bunker to save par at the par-three next, only to see his lead cut to one when Na – in the group ahead – started his back nine with successive birdies.Johnson missed a six-foot birdie opportunity at the 12th and then double-bogeyed the next, after pulling his approach into the water, as Na followed a three-putt bogey at the 13th by double-bogeying the 14th to slip back to nine under. Live European Tour Golf February 7, 2021, 8:30am Live on Perez made three birdies in a five-hole stretch on his front nine and converted from 10 feet at the 17th to close out a bogey-free 66 and set the clubhouse target at 11 under, only for Johnson to birdie the 17th and add a two-putt gain from 10 feet at the past-five last to regain a two-shot cushion.More to follow…